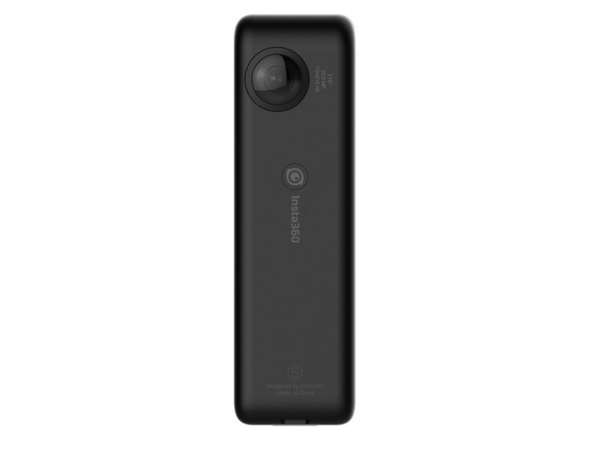 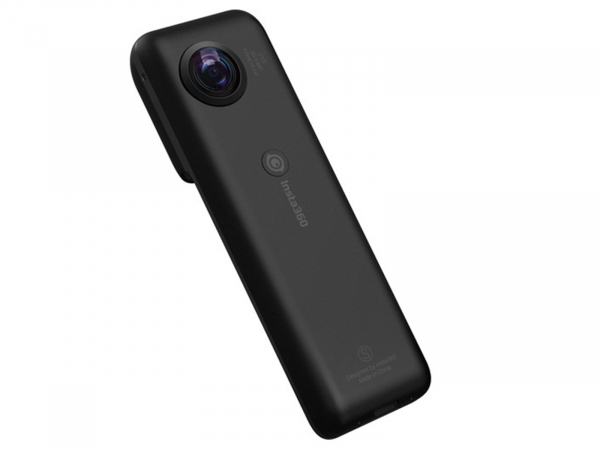 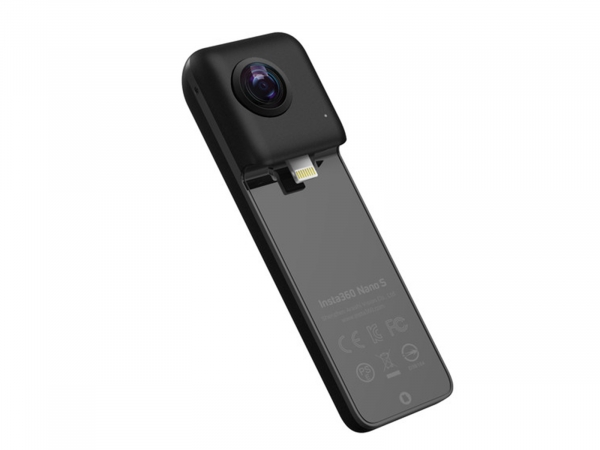 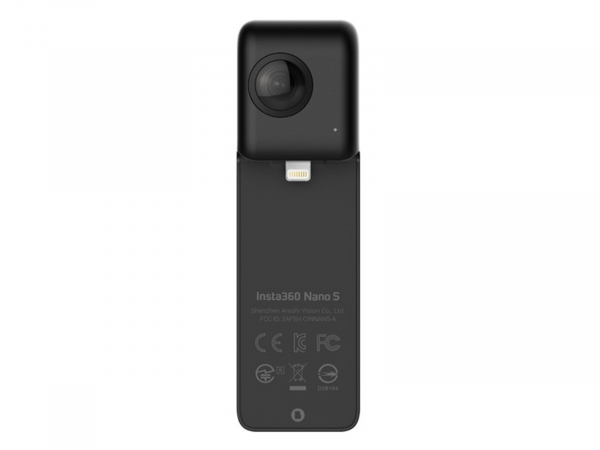 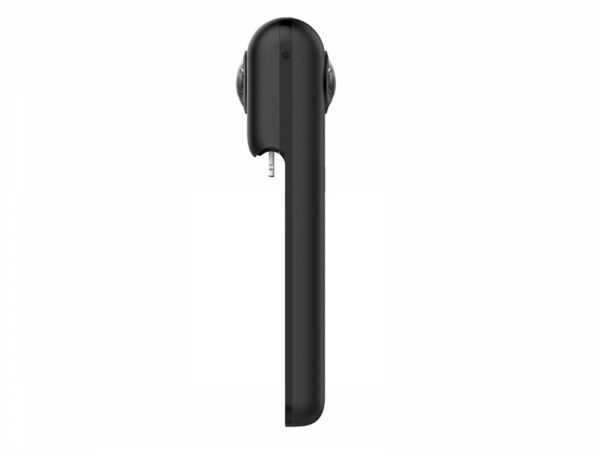 The Insta360 Nano S is designed to turn your iPhone into a 360° camera. It features dual fisheye lenses and attaches directly to the Lightning connector on your iPhone to work in sync with the iPhone screen and capture up to 4K 360° video and 20MP 360° photos. The Nano S is compatible with all iPhone models from the iPhone 6 to the iPhone X (including the Plus models).

With one lens positioned in front and the other on the rear, and with the lenses being ultra-wide, the images overlap and are automatically stitched in-camera into a single spherical, 360° image that provides an immersive view of your environment. Moreover, thanks to this dual-lens system, the Nano S offers a MultiView feature that allows you to record from every direction and display multiple angles in one frame, such as in a split-screen or picture-in-picture configuration. This capability provides a great way of sharing comprehensive recordings of vacations and other adventures via live streams and other destinations. 360° live streaming is supported on platforms such as Facebook Live and YouTube 360.

Another interactive feature in the Nano S is 360° Video Chat, which supports MultiView. Using the included Nano S iOS app, you can place a video call to a friend, relative, or anyone else using mostly any popular chat app. The recipient of the call doesn't need to have an Insta360 camera for this. As long as their phone or other device meets the minimum system requirements, they'll be able to communicate with you and explore your 360° image by swiping left or right.

Fun, simplicity, and sharing being among the top keywords in the design of the Nano S, Insta360 has added yet another easy-to-use, interactive feature that meets all three qualifications: FreeCapture. This tool allows you to freely record whatever you want and then in playback move through the 360° space and select the section of the shot you want to save or share.

Finally, another major feature is image stabilization. The Nano S doesn't have a built-in stabilizer—it's too compact for that—but it is designed to gain access to your iPhone's gyroscope and apply a special stabilization algorithm to it to ensure smoother, more stable videos.

The Nano S provides integrated ways of quickly and easily sharing your recordings not only on 360° platforms, but on most social media destinations.