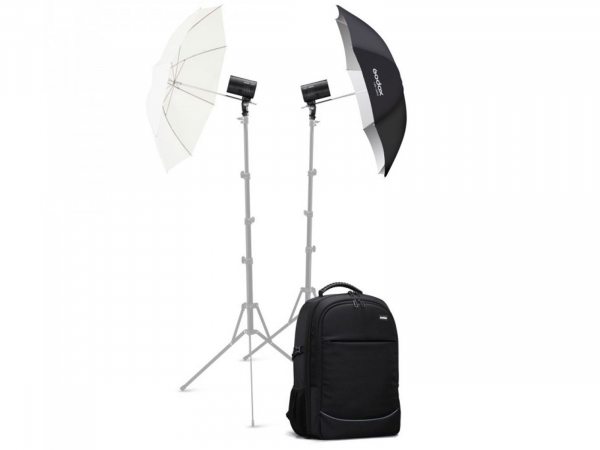 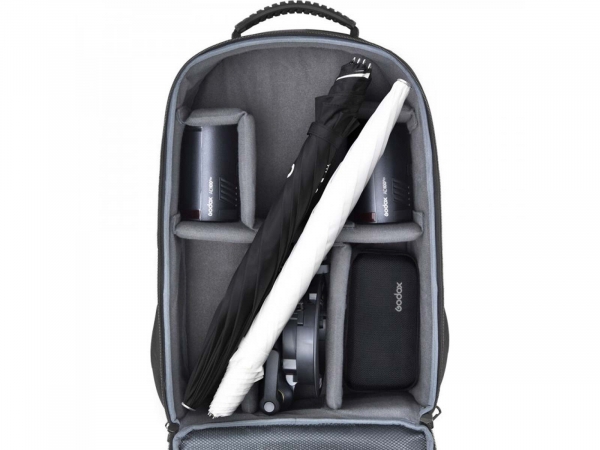 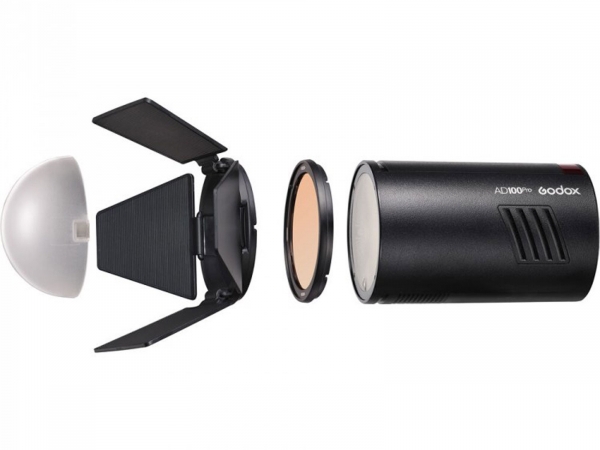 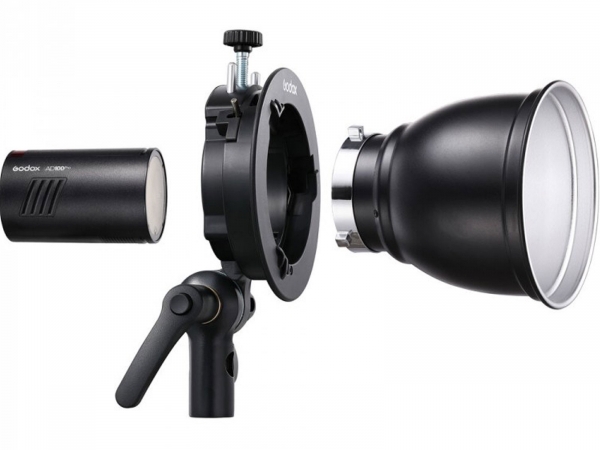 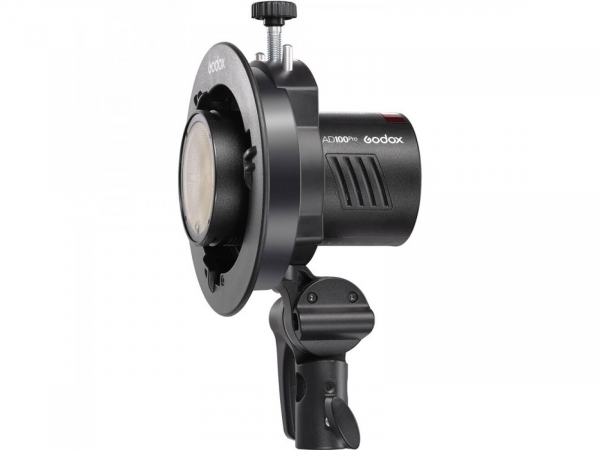 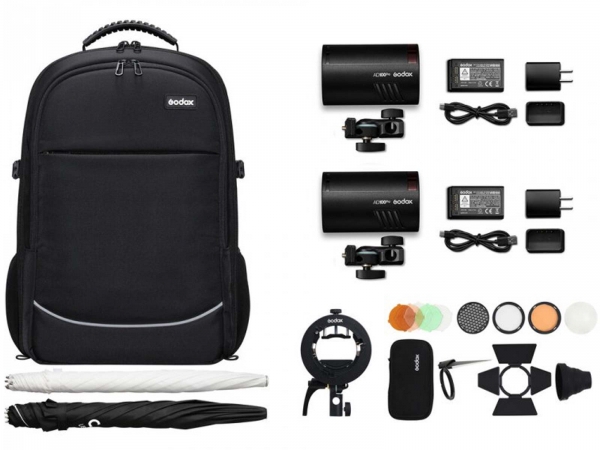 Godox AD100ProA new addition to Godox AD family. Pocket Flash AD100Pro, inherits the advantages of Godox AD series and great compatibility with Godox wireless System X 2.4GHz. It is extremely compact and lightweight, relieving the burden of photographers when shooting on locations. The new 100Ws strobe fills the gap of photographers` demand for an off-camera strobe at this power level..

VersatilityThe AD100pro has impressive core features such as 100Ws of power adjustable in nine steps from 1/256 to 1/1, recycling times from 0.01 to 1.5 seconds, and short flash durations. The AD100pro has manual, auto, and stroboscopic capability. Manual mode outputs the user's choice of power, modeling light, and first or second curtain sync. Multi mode controls the stroboscopic rate up to 90 times (90 Hz).

AK-R1 Accessory KitAK-R1 contains magnetically-attached modifiers that maximize the capabilities of the flash head. The kit contains a snoot, four-way barndoors, and a honeycomb grid to narrow the light's beam and selectively light your subject. Conversely, a near-180-degree dome, a wide lens, and a bounce card with a frame are provided to expand the beam. Finally, a filter set with three amber CT filters and one green fluorescent filter are also included.

Godox S2 Speedlite BracketAdjustable to fit most speedlites, the Godox S2 Speedlite Bracket lets you maximize the potential of your on-camera flash while allowing you to use Bowens accessories. The bracket supports your flash either vertically or horizontally, employing non-scratching, light pressure rather than touch-fasteners or tape. Light modifiers such as reflectors, softboxes, and snoots mount to the front of the bracket as they would on a Bowens flash head. The bracket tilts nearly 180 degrees and has a 5/8" receiver for stand mounting.

CB20 backpackThis CB20 Backpack from Godox can hold AD100Pro, AD200, AD200Pro, AD300Pro, or AD400Pro strobe units complete with batteries, chargers, wireless remotes, and compact umbrellas for a fully portable lighting setup. Even when fully packed with the lights and accessories, the CB20 still has room to add a camera with lenses and a spacious lined pocket holds a 15" laptop or tablet.