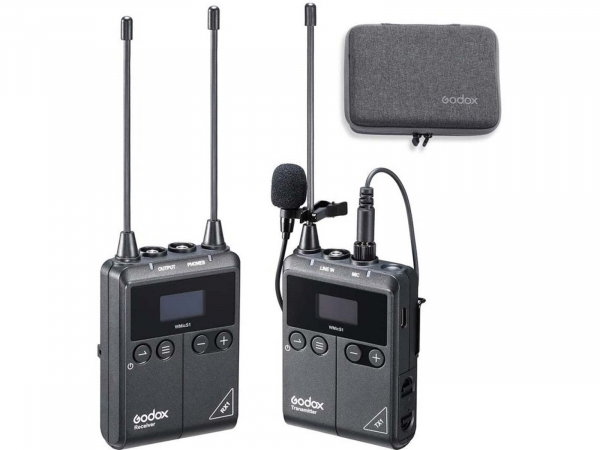 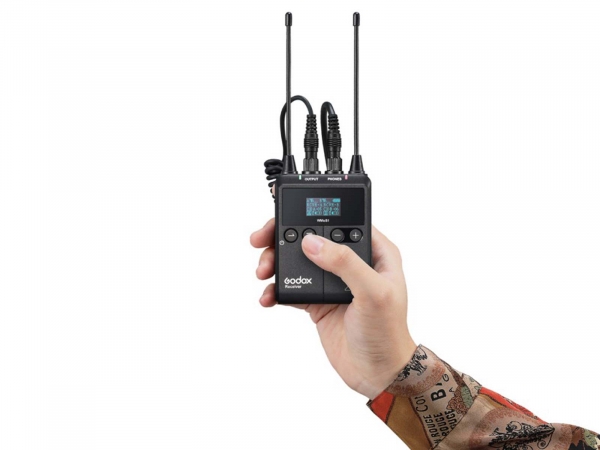 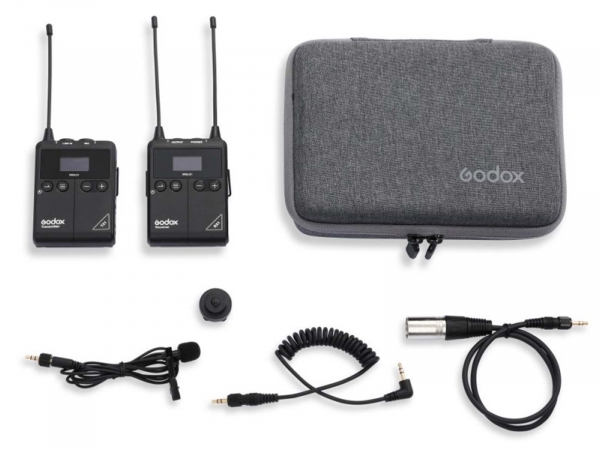 Designed for mobile journalists, videographers, and vloggers, the Godox WMicS1 Kit 1 is a wireless system with one lavalier microphone and a dual-channel receiver that can also be used to receive a second microphone (available separately). It delivers reliable transmission with a clear sound at a distance up to 328' and offers a complete solution for streaming or recording dialogue, interviews, lectures, and speech with one person talking—directly to a mirrorless/DSLR camera, camcorder, or mixer.

WMic S1Easy-to-use with plug-&-play operation, this system is well suited for mobile journalists, YouTube/Instagram creators, TikTok personalities, vloggers, and more. The WMicS1 Kit 1 includes one bodypack transmitter with an omnidirectional lavalier mic. It also comes with a receiver that mounts on and plugs directly into your DSLR/mirrorless camera. The XLR output cable is for use with professional camcorders.

The system offers 96 frequenciesto choose from to avoid wireless signal interference. The transmitter and the receiver both operate on two AA batteries but can also be powered via USB. If your camera doesn't have a headphone jack, you can monitor your sound via the receiver's 3.5mm headphone output while recording to ensure that you are capturing a clean signal.

Bodypack Transmitter with Lavalier MicThe lightweight bodypack transmitter is equipped with an On/Off switch that doubles as a mute button. The transmitter features an easy-to-read OLED display that indicates the mic's input level, muting, and battery life.
RF power can be switched between 40mW for maximum transmission distance or 10mW for maximum battery life. The lavalier microphone features an omnidirectional pickup pattern that help to deliver consistent audio levels even when the subject turns away from the mic.

Compact Dual-Channel ReceiverIf you need to expand your system with a second microphone, the two-channel receiver allows you to save space on your shooting rig by using a single receiver to simultaneously receive signals from two mic/transmitters. When using just one mic, the sound is recorded on both the left and right channels of your camera. When using two microphones, each sound is recorded separately with one on the left channel of your camera and the other on the right channel—allowing you to isolate each person's voice and adjust each level individually later in post. There are 30 levels of volume adjustment to control the audio output of the receiver—for both mics individually.