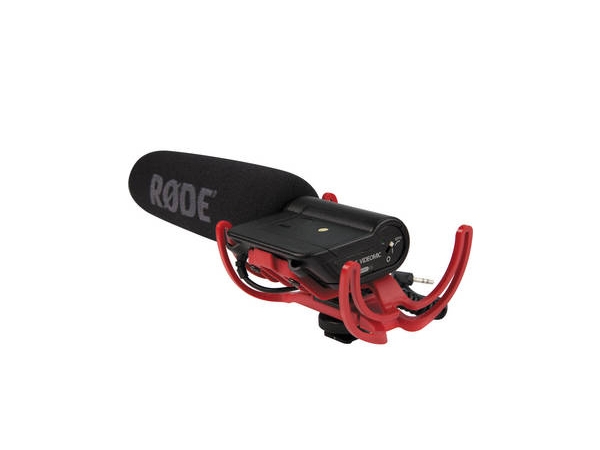 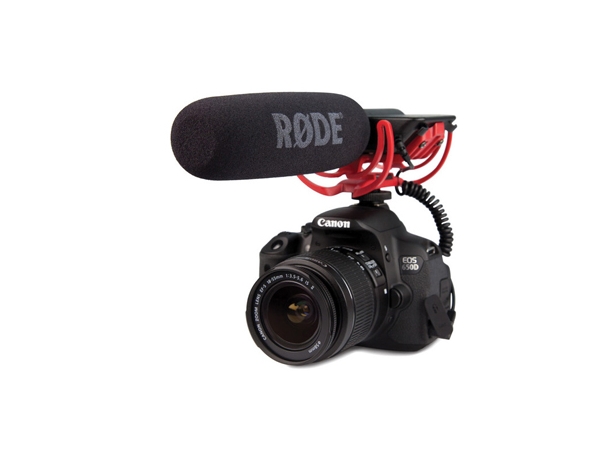 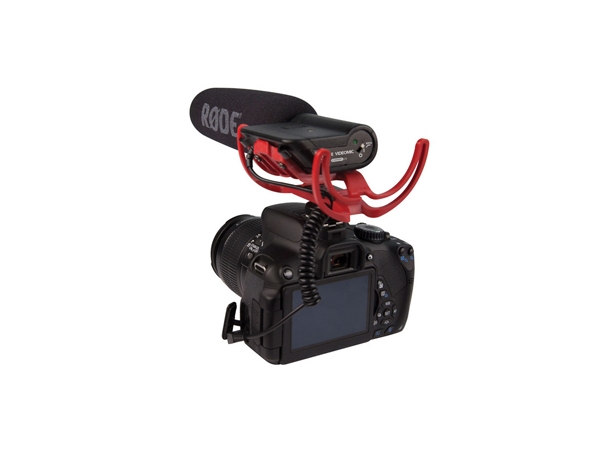 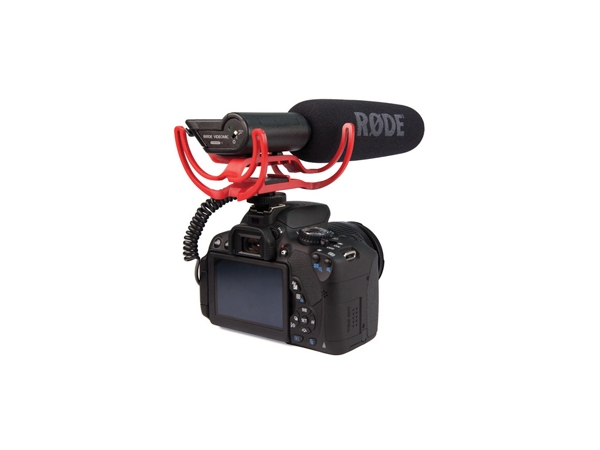 The VideoMic with Rycote Lyre Suspension System from Rode is a shotgun microphone that can easily be mounted on a DSLR camera. It features a Rycote suspension system that attaches to the camera's shoe. The VideoMic is lightweight, and when mounting on a camera it does not appear in the frame. The VideoMic can also mount to Rode's boompoles for elevated audio capture. Its super-cardioid polar pattern attenuates sounds from the sides. The result is a signal that sounds closer to the camera, even when shooting in noisy environments or at moderate distances.

The included Rycote Lyre is a non-elasticated suspension structure composed of a hard-wearing thermoplastic. It is more effective at acoustically decoupling microphones from unwanted vibrations, handling and cable-borne noise than elasticated suspensions. The lyre remains effective at a wide range of temperatures and is virtually indestructible. It will never wear out, sag, snap or require any rethreading to maintain its effectiveness.

An attached, coiled cable terminates to a 1/8" (3.5mm) mini output connection. The VideoMic features a condenser element that utilizes a standard 9 Volt battery (sold separately). The microphone will run for approximately 100 hours on a single battery.

Barrel Canceling Pick Up
The Rode Video Mic functions as a true line plus gradient microphone with a super-cardioid pattern in the front and a barrel that cancels side-audio. The result is maximum pick up of the source in highly ambient and noisy environments.
Selectable 10 or 20dB Pad
When capturing audio in loud environments, the VideoMic offers built-in attenuation. The selectable 10 or 20dB pad lessens the microphone's sensitivity, allowing it to handle higher SPL levels without sacrificing clarity.
High Pass Filter Switch
A high-pass filter switch eliminates room ambiance and noise below 80Hz. This results in improved intelligibility while recording around machinery, wind or close proximities.
Internal Power
The condenser element is powered with a standard 9-volt battery for up to 100 hours (approximately).