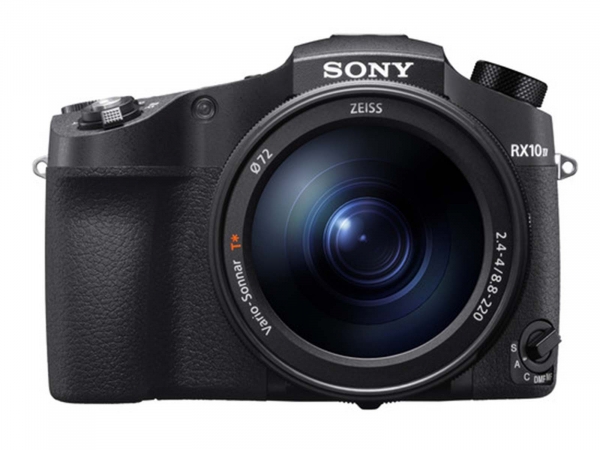 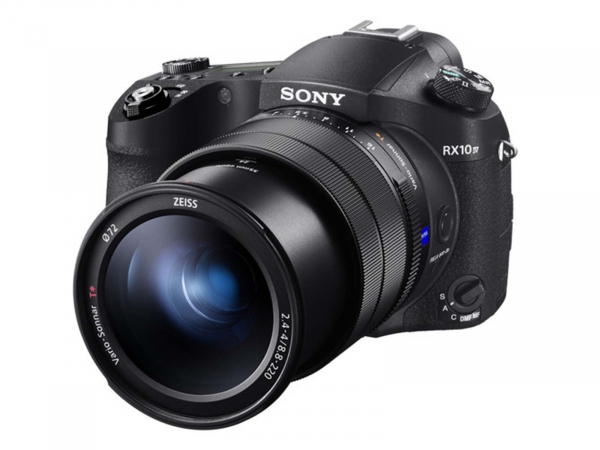 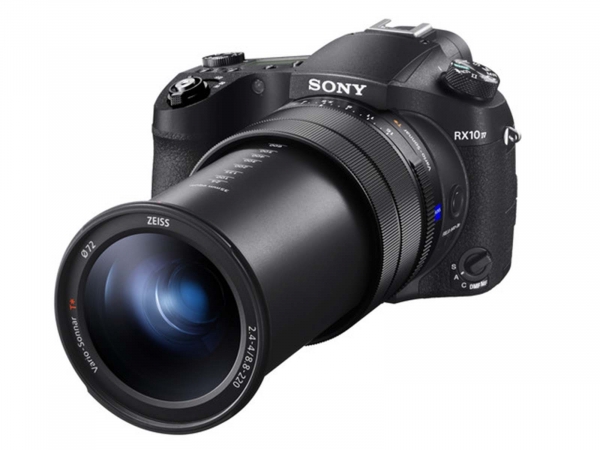 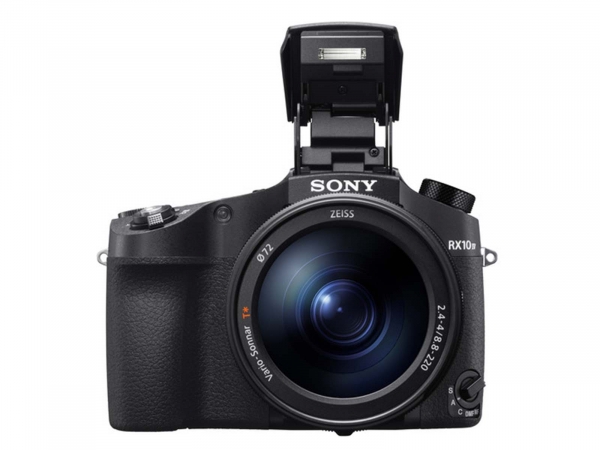 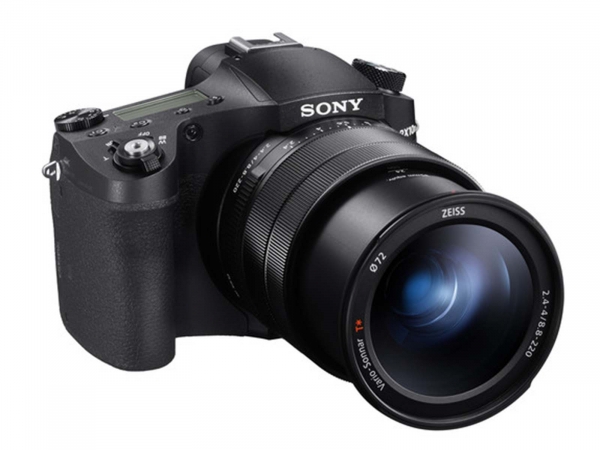 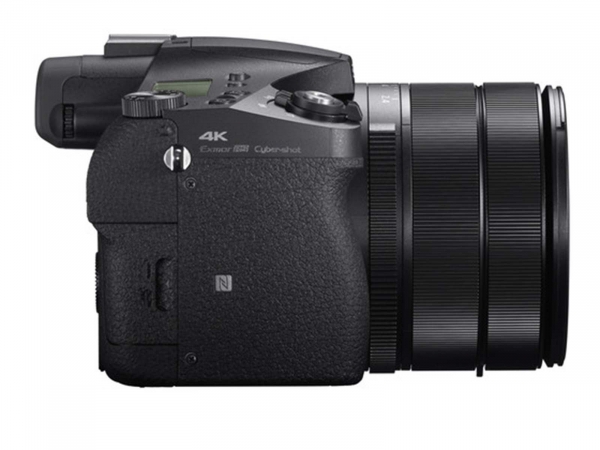 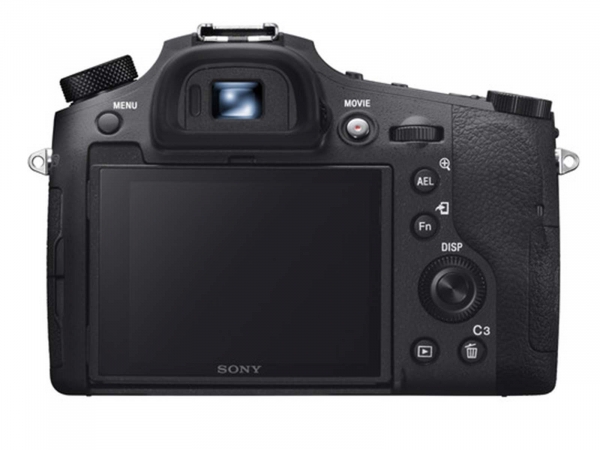 Now, it’s easier to capture more stunning stills and movies at every opportunity. The new RX10 IV is much more than a solid, smart all-in-one compact—it packs enough groundbreaking innovations for even professionals to marvel at, from this ultra-fast AF system of its kind, to legendary optics throughout its 25x zoom range, to extraordinarily precise, powerful image processing, and more.

Rounding out the RX10 IV is its characteristic robust form factor, which includes both a 2.36m-dot OLED electronic viewfinder along with a tilting 3.0" 1.44m-dot touchscreen LCD. The intuitive design also features three dedicated control rings on the lens-a zoom ring, a manual focus ring, and an aperture ring-and the aperture ring can be de-clicked for smooth, silent aperture adjustments. The magnesium-alloy body is also weather-sealed to permit working in trying environments. Additionally, for sharing and control flexibility, built-in Wi-Fi and Bluetooth are also available for wireless image sharing and remote camera control from a linked smartphone or tablet.

Utilizing an advanced stacked structure with an integrated DRAM chip, the 20.1MP 1" Exmor RS CMOS sensor of the RX10 IV is able to deliver outstanding image quality at up to ISO 12800 with incredibly fast performance. This sensor stacks the pixel area, a high-speed signal processing circuit, and memory in order to increase data throughput by over five times and deliver features such as 40x super slow motion, an Anti-Distortion shutter, UHD 4K video, and has focal-plane phase-detection AF points for faster, more precise focusing.

This sensor is paired with the BIONZ X image processor and a newly developed front-end LSI that dramatically improves the speed and throughput of the entire imaging system, enabling continuous shooting with AF/AE at up to 24 fps. An expanded buffer makes continuous shooting possible for longer bursts, up to 249 JPEGs, and for convenience, bursts can be seen in groups during playback, rather than single images, for faster review. The front-end LSI is also able to improve overall quality of the images, especially at higher sensitivities. Additionally, another advantage of this setup is raw output, which provides outstanding color fidelity and image quality.

The RX10 IV is equipped with an on-sensor phase-detection AF system that will dramatically improve autofocus speed for both stills and video. The camera uses a hybrid system with 315 phase-detection points that provide about 65% frame coverage along with a 25-area contrast-detection system to provide fast, accurate focusing in a range of situations. The RX10 IV is able to lock onto subjects quickly, in just 0.03 seconds, and it can use AF tracking when shooting at 24 fps.

In order to make operation seamless, the RX10 IV benefits from reduced blackout for easier tracking when using the EVF or LCD. Furthermore, an AF-A mode is now available, which will allow the camera to automatically switch from AF-S and AF-C mode as the situation needs. Users can also display the phase-detection area to help users focus on their subject.

Pairing with the imaging assets, the RX10 IV is distinctly characterized by its expansive 25x zoom lens. This Zeiss Vario-Sonnar T* lens spans a 24-600mm equivalent focal length range, and has a variable maximum aperture of f/2.4-4 for adept performance from wide-angle to super telephoto. The optical design incorporates eight extra-low dispersion elements to control a color fringing and chromatic aberrations throughout the zoom range for increased clarity and color accuracy. Five aspherical elements and an advanced aspherical (AA) element are also featured to reduce spherical aberrations for improved sharpness and resolution. Additionally, the esteemed Zeiss T* anti-reflective coating has been applied to individual elements to reduce flare and ghosting for increased contrast when working in strong lighting conditions.

Complementing the lens' reach, Optical SteadyShot image stabilization also helps to minimize the appearance of camera shake by up to 4.5 stops for sharper handheld shooting. The lens also sports a rounded nine-blade diaphragm to produce smooth bokeh, and, despite its long reach, can also focus as closely as 1.2" with a 0.42x maximum magnification for working with close-up subjects.

Able to record UHD 4K video at 30/24 fps, the RX10 IV, is capable of producing movies with exceptional clarity. By using a full pixel readout without binning, the camera collects about 1.7x the information needed for 4K output. This oversampling helps to increase clarity while reducing the impact of moiré and jaggies. Fast Hybrid AF is available during movie shooting for ensuring accurate, fast tracking using phase-detection AF points. The camera also offers Sony's advanced XAVC S format for recording a high bit rates up to 100 Mbps.

For advanced users, picture profiles and image controls are available, including the S-Log2 and S-Log3 gammas, which are able to help expand the dynamic range by recording a flat image. Gamma Display Assist helps users view a more natural image when shooting with S-Log2/3. Other options such as timecode, zebras, peaking, and more are present for making shooting and editing easier. When recording internally, users will record video with a 4:2:0 sampling at 8-bit, however, to even further improve image quality the RX10 IV has clean HDMI output for use with an external recorder. This allows users to capture 4:2:2 uncompressed video and save in an edit-ready format.

A Photo Capture function is built directly into the camera, allowing shooters to quickly save an 8.29MP still from their UHD 4K movies. Full HD can also benefit from this feature, where users will be able to pull a 2MP still. Additionally, the camera is NTSC/PAL switchable, making it usable around the world.

Speed is a huge advantage of the RX10 IV, and in video users will benefit from advanced High Frame Rate shooting and super slow motion. In Full HD, shooters will have access to a standard 120 fps setting that will enable outstanding slow motion when placed in editing software. In addition to this, the camera also offers a dedicated HFR mode, which will boost the cameras frame rate to up to 960 fps. Videographers will have the option of recording in Quality Priority and Shoot Time Priority modes for approximately twice as long with the RX10 IV compared to its predecessor. This results in about 7 seconds of recording in Shoot Time Priority at the 240 fps setting. The camera will output a Full HD file from slightly lower resolutions in order to produce high quality images at all frame rates. Additionally, an end trigger mode enables users to record 4 or 6 seconds before the record button is pressed.